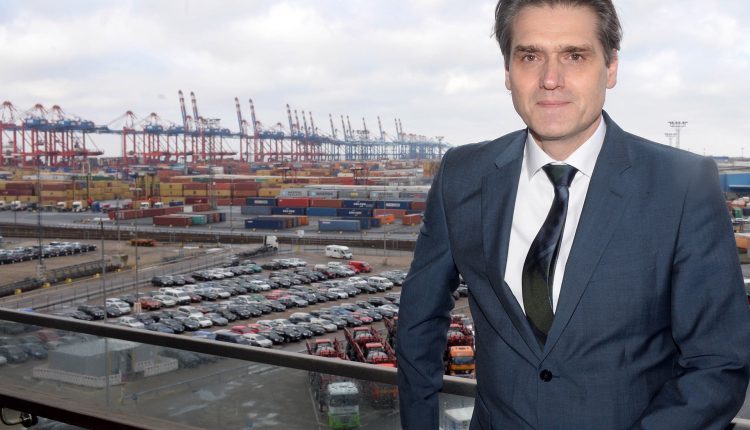 New sulfur limits starting from 2020, digitalization, the New Silk Road, and shorter transport routes thanks to a predominantly ice-free Arctic are among the main topics in shipping. In addition, there are economic and physical limitations in shipbuilding, which are ending the trend toward ever larger container ships.

“Whether additional costs due to the new sulfur limit, new transport routes in the Arctic or big data on all seas, global shipping will find a central anchor point for its topics at our MariLOG conference during transport logistic in Munich,” Stefan Rummel, Managing Director of Messe München, explained. Especially hot topics at this time: a global sulfur limit of 0.5 percent will apply in shipping starting from January 1, 2020. The International Maritime Organization (IMO) aims to reduce the environmental impact with this measure. At the same time, it entails considerable additional costs and investments that shipping alone cannot cope with. “Customers must bear a share of the additional costs,” Christian Denso stated, Head of Communications at the Association of German Shipowners.

Up to $120 extra costs per container unit

How high this proportion will be depends on the actual fuel costs, which are difficult to predict at this time. Companies such as Hapag-Lloyd expect a ton of low sulfur fuel to cost approx. $150 to $250. The company expects that the average worldwide price will increase by $80–120 per TEU (Twenty-Foot Equivalent Unit: unit for paying standard sea containers), i.e., by approx. 10 percent. Whether and to what extent these additional costs can be passed on to customers will be one of the main topics during the MariLOG conference.

New stimuli from the New Silk Road and the Arctic

A lot is also changing on land in maritime logistics. Various port hubs are looking to connect to the New Silk Road between Asia and Europe. “This is an exciting development that can give new impetus to the globalization of the economy,” Robert Howe explained, Managing Director of bremenports GmbH & Co. KG. He is not at all worried with respect to competition on the road: “It is estimated that approx. 100,000 containers could be transported by truck via the new transport route in 2020. This corresponds to the cargo of five container ships of the current generation,” Mr. Howe noted. In comparison, approx. 5.5 million containers are currently handled annually in Bremerhaven alone.

New opportunities are also emerging in the far north. “If the Arctic is predominantly ice-free in the future, this will make significantly shortened transport routes for shipping possible,” Mr. Howe said. For this reason, bremenports is involved in the development of a new port in the northeast of Iceland together with Icelandic partners, for example.

On the other hand, growth has come to an end in terms of ship size. “The peak has been passed, and the experts agree that even larger ships make no economic sense,” Axel Mattern stated, Managing Director of the Port of Hamburg Marketing e.V. In addition, steel construction is reaching its physical limits with a container ship of 400 by 60 meters. The number of accidents with mega-cargo ships has also increased recently. Among the most spectacular cases was the loss of up to 270 containers in the North Sea by MSC Zoe in January 2019, with more than 394 meters in length and a cargo capacity of 19,000 TEUs, one of the largest container ships in the world.

More intelligence on board

On the other hand, new dimensions are being achieved in digitalization. “Weather routing, automatic trimming and electronic traffic jam planning are increasingly contributing to intelligent technology on board and ashore,” Christian Denso said. Big Data is another important keyword. “Today, dozens of sensors in engines can continuously measure power, temperature, pressure, fuel flow and much more.” Useful findings can be gathered from this if these data are combined by many ships and evaluated intelligently. Patterns become clear, for example, that indicate when a certain part in an engine threatens to break. This makes it possible to intervene early and avoid damage and costs. In addition, a shipping company could automatically receive a message that a spare part must be ordered at the next port.

Autonomous ships are also an exciting and challenging prospect for global maritime transport. Already today, technological advances mean that only half as many sailors have to work on a merchant ship as 30 years ago—with a drastic improvement in safety and transport performance. “Self-sailing fleets will create more attractive and responsible onshore jobs for ship monitoring and remote maintenance,” Mr. Denso predicts.