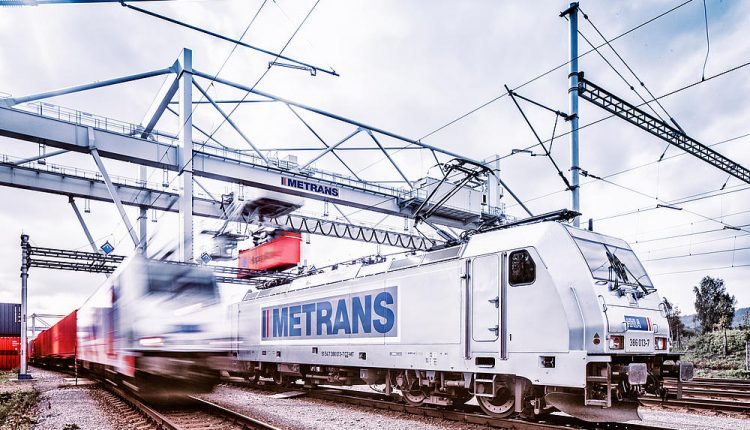 HHLA expects strong decrease in earnings due to 2020 coronavirus pandemic

Hamburger Hafen und Logistik AG (HHLA) can look back on a successful financial year 2019. Despite a significant deterioration in the market environment especially in the second half of the year, Group revenue increased by 7.1 percent to € 1.38 billion (previous year: € 1.29 billion). Due to the successful integration of the Estonian terminal operator HHLA TK Estonia, which was acquired in 2018, and a slight growth at the Hamburg terminals, container throughput increased moderately. A significant rise in container transport was achieved. At € 221.2 million, the Group’s operating result (EBIT) was up by 8.3 percent (previous year: € 204.2 million) compared to the previous year. The positive effects of the initial application of IFRS 16 on EBIT amounted to approximately € 14.4 million. Profit after tax and minority interests fell by 8.0 percent. For the current financial year, HHLA expects to record strong decreases in revenue and earnings due to the dramatic changes in the macroeconomic environment.

Angela Titzrath, Chairwoman of HHLA’s Executive Board: “HHLA has mastered many crises in its 135 years. However, the economic shocks of the coronavirus pandemic present us with a challenge of a magnitude never seen before. Nevertheless, we are aware of our responsibility as a service provider for Germany as an industrialised nation. We will therefore act with prudence and caution and systematically implement the measures that are needed to guide HHLA through this challenging time. We stand by our long-term targets, irrespective of changes in the macroeconomic environment.” 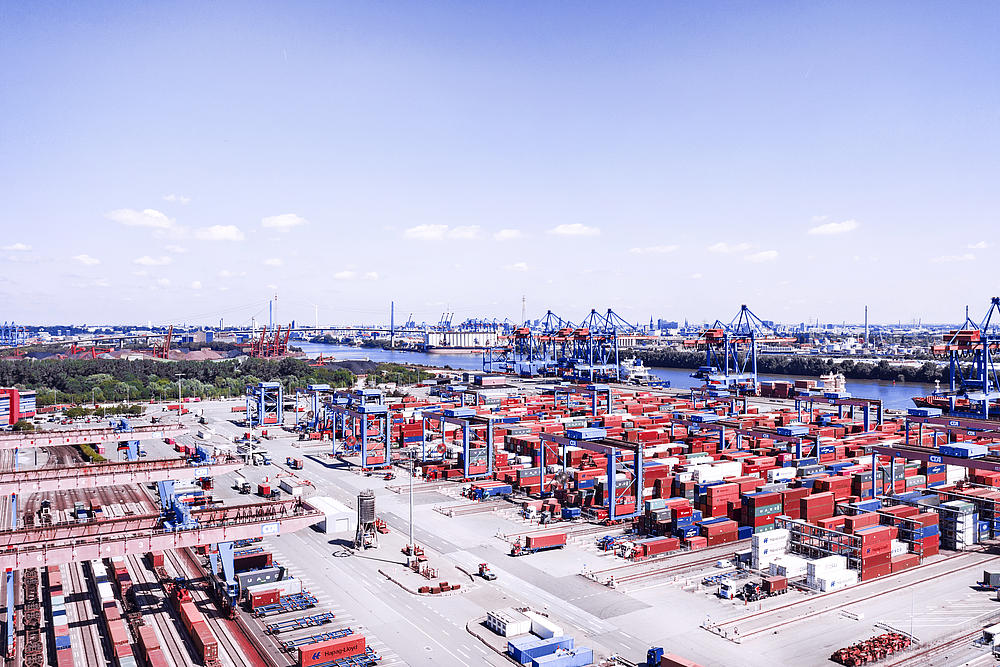 With a transport volume of 1.57 million TEU (previous year: 1.48 million TEU), HHLA’s intermodal activities were up 5.7 percent on the previous year’s strong result. This result was driven by both rail and road transport.

HHLA’s properties in Hamburg’s Speicherstadt historical warehouse district and the Fish Market area achieved a further slight increase in revenue of 2.5 percent to € 40.2 million in 2019 (previous year: € 39.3 million) despite almost full occupancy. In addition to increased revenue from properties in both districts, the significant rise in the operating result (EBIT), which went up by 6.5 percent from € 15.5 million in the previous year to € 16.5 million, was primarily due to the initial application of IFRS 16.

The worldwide coronavirus pandemic has led to extraordinary measures being implemented to prevent the spread of the virus.

In the countries affected, these measures aim to minimise social contact between people. Both at a national level and in international transportation, this is leading to a contraction in economic activity whose true impact and duration cannot be reliably gauged.

The contraction is affecting all areas of the economy, including international trade, which is critical to HHLA.

It is not possible to make any reliable forecasts under these conditions, but we can assume that revenue and operating result (EBIT) for the Port Logistics subgroup will be strongly below previous year. This is primarily due to the possible at least temporarily sharp declines in container throughput and transport.

Owing to the uncertainty described above, HHLA is focussing on its financial management and on securing its liquidity. To do this, HHLA will continually review and adjust its investments and cost development.

Due to the liquidity available on 31 December 2019 and the measures mentioned above, and based on feasible estimates for 2020 as a whole, HHLA assumes that its liquidity should enable the company to meet all its payment obligations despite the burden caused by the coronavirus pandemic.

A further area of focus for the management is on protecting the health of employees, as well as maintaining all systems that play a role in the critical infrastructure of the Container and Intermodal segments.

At the Annual General Meeting on 10 June 2020, the Executive Board and Supervisory Board will propose a dividend of € 0.70 per dividend-entitled Class A share (previous year: € 0.80). This would decrease the dividend by 12.5 percent compared with the previous year. In the present circumstances, this measure serves – among others – to preserve liquidity. The payout ratio of 52 percent is nevertheless still within the target range of 50 to 70 percent. 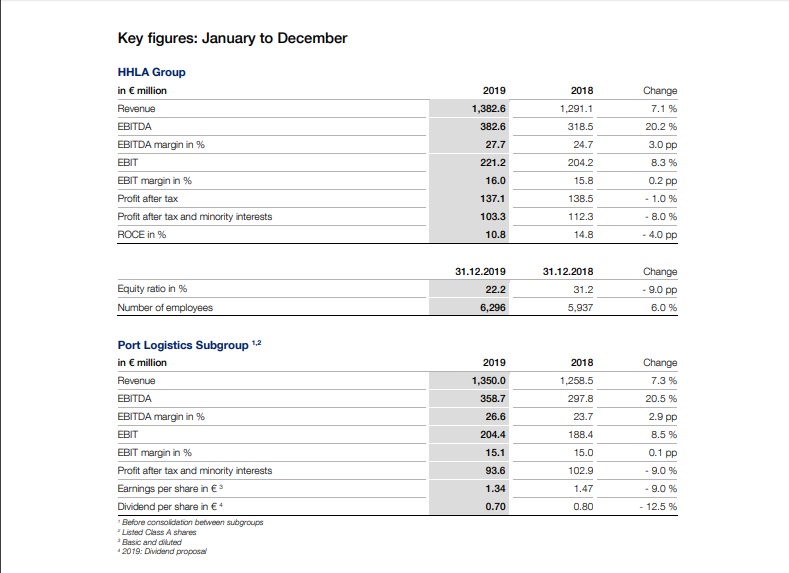