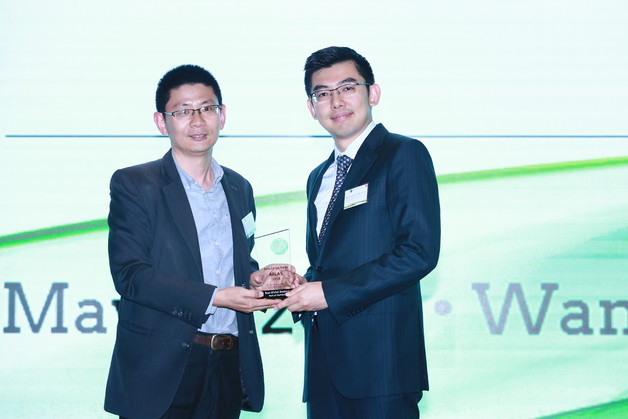 On 15 May 2018, the readers of Asia Cargo News trade magazine acclaimed the Port of Hamburg as the ‘Best Global Seaport’. After two awards as ‘Best Seaport – Europe’ in 2015 and 2016 this is the third award to the Port of Hamburg. The ceremony was held at a commemorative event at the Wanda Reign Hotel, On the Bund, in Shanghai, in the presence of 230 international guests mainly from the transport and logistics field.

The Port of Hamburg was represented by Dr Ding Ling from the Representative Office in Shanghai, who accepted the award on the port’s behalf. On the short-list, the Port of Hamburg held sway against the ports of Hong Kong, Shanghai and Singapore. The magazine’s readers submitted their nominations to Asia Cargo News. Important for them were reliability, customer management, innovation and consistent service quality. Among the criteria assessed were investments in the area of infrastructure, including meeting future market challenges. Added to this were a competitive, cost-friendly system of fees and a suitable infrastructure for handling container traffic. Further criteria targeted the overall port package, such as promoting adjacent services in the areas of logistics capacities, forwarding and transport. With more than 10,000 readers, Asia Cargo News is among the most important publications for the logistics, sea- & airfreight field in Asia.

“We are very pleased with what is now our third award from Asia Cargo News. And that even more so, since this time it is the award as best seaport in the world. This not only puts us ahead of the other competing ports in Europe, but also of the Asian ports, too. This shows that in international competition the Port of Hamburg scores with its great diversity of services and high handling quality. The universal port is held in high esteem. Nor should we forget the Port of Hamburg’s excellent hinterland infrastructure. This goes far beyond the European hinterland, even reaching into China. In 2018, there are some 235 train services weekly in the market between Chinese destinations and Hamburg. This represents an increase of easily 25 percent in comparison to the previous year. This makes the Hanseatic City the clear ‘Number 1’ in Germany as the main port for China and the major rail hub for the Middle Kingdom,” stresses Axel Mattern, Joint CEO of Port of Hamburg Marketing (HHM).

For years, China has been an important trading partner for the port, standing at ‘Number 1’ for seaborne container traffic. 2.62 million TEU were transhipped in the China sea-trades in 2017. In fact, the Middle Kingdom also plays an important role for the entire German foreign trade.