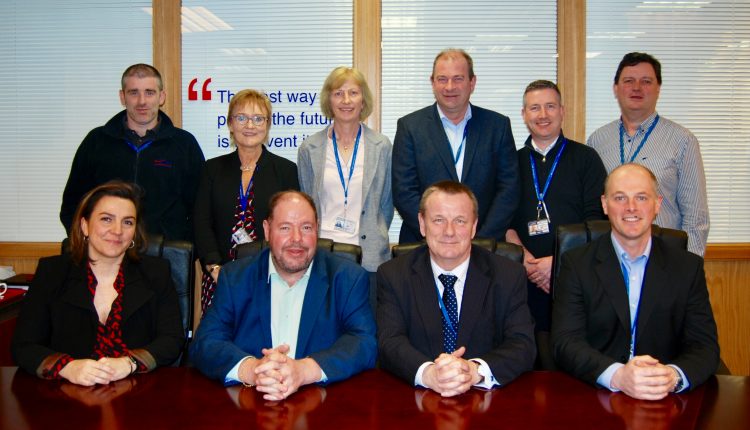 Worldwide Flight Services (WFS) has acquired a 100% shareholding in its former WFS Ireland joint venture afterbuying the minority shareholding of its partners, Gerry Jackson and Brendan Byrne. The transaction was completed at the end of March.

Gerry Jackson retired from the company at the end of 2017 but Brendan Byrne will continue in his role as President of WFS Ireland. The successful venture in Ireland – covering cargo handling stations in Dublin, Cork and Shannon – has been operating for 13 years with WFS as the majority shareholder.

Already this year, Emirates Airline has signed a new five-year contract for cargo handling, and WFS has also been awarded new contracts by Air Arabia (Maroc) and Norwegian.

John Batten, EVP Cargo Europe Middle East & Asia at WFS, said: “One of the main reasons for WFS’ success is our ability to combine our global network and service offering with outstanding local teams of people in each country where we are present. In Ireland, we are proud to have partnered with Gerry and Brendan for the past 13 years because they are highly respected by our customers and have worked closely with us to grow the business to its strongest-ever position. We wish to thank Gerry for his many years of partnership and wish him a long and happy retirement, while Brendan will remain in his current role as we continue to grow and improve our service offering, supported by the great teams we have at all three locations. One of WFS’ next major investments in Ireland will be a 70% expansion of our temperature-controlled facilities in Dublin to support our customers’ pharmaceutical products and services”.

Brendan Byrne added: “Gerry and I are proud to see the business is such safe hands and are confident that WFS’ ambition and ability to invest for the future will continue to produce significant new opportunities for both our customers and staff”.