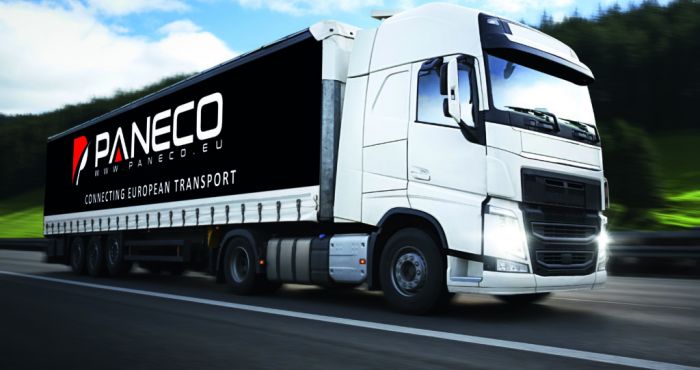 In the previous month, the Greek based company Be Accurate officially founded the pan-European transport network Paneco together with the logistics networks Kommodus (Poland), Cargo24 (Switzerland) ABC Business Network (Italy) and ELVIS (Germany). In cooperation with another 15 local partners, this network of networks already serves all major economic zones in Europe, right from the outset, in the groupage and part loads sectors. The company operates as a public limited company and is based in Zug, Switzerland. The operative business’ start is planned for July.

Europe is one of the largest economic zones on earth. However, the small-scale structure, as well as the accompanying language barriers, make it hard for the numerous small and medium-sized logistics companies to establish nationwide business models,” says mr. Nikos Simou, founder and CEO of Be Accurate.

As a result, the lucrative access to the high-turnover groupage and part loads market was almost exclusively reserved for the major players in the industry. With Paneco, small and medium-sized forwarders and carriers can now also participate in this attractive business and offer pan-European groupage and part-load transports at competitive conditions.

“To be in a viable position to call at several stations a day in the various countries, there usually wasn’t sufficient transport volume,” mr. Simou says. The Paneco network solves this problem by connecting all economic European areas with daily-scheduled services and countless HUBs and gateways.

The basis for this is provided by a specially-developed, web-based IT platform that accesses the local systems as a superordinate unit and ensures the data flow between the connected companies and co-operations. “We use each country’s existing national structures and tariffs. This way, even an international shipment no longer requires special treatment,” mr. Simou explains. By using modern translation software, the companies can also communicate in their respective national languages. “This makes the system very user-friendly. Now, every connected forwarder can offer their customers good prices, transit times and tracking information, even for just one pallet to Tirana in Albania,” as Be Accurate’s CEO explains.

The official founding of the company in the previous month was preceded by almost two years of intensive preparation. Initial talks related to this had already been held at the Munich Transport Fair 2019. In addition to the IT platform for networking the companies, tariff models and scheduled transport concepts were subsequently developed, in addition to volume and quality controls.

Through the four participating alliances and, currently, 15 local partners, the network of networks, from Finland in the north to Greece in the south, already covers all important economic European areas. However, the founding mothers and fathers are not satisfied to leave things as they are. The goal is to extend Paneco’s services to the entire continent. The operational start of Paneco is planned for July.

You can find more information on Be Accurate and on Paneco AG at: