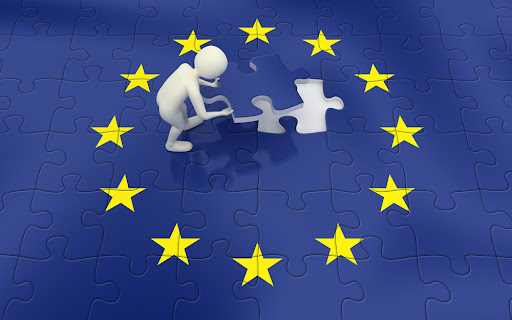 The Internal Market and Consumer Protection Committee adopted by 42 votes in favour, two against and one abstention its position on the Digital Markets Act (DMA) proposal, which sets rules on what companies with “gatekeeper” status will be allowed to do and not to do in the EU.

The draft law blacklists certain practices of large platforms and enables the Commission to carry out market investigations and sanction non-compliant behaviours.

Rapporteur Andreas Schwab (EPP, DE) said: “The EU stands for competition on the merits, but we do not want bigger companies getting bigger and bigger without getting any better and at the expense of consumers and the European economy. Today, it is clear that competition rules alone cannot address all the problems we are facing with tech giants and their ability to set the rules by engaging in unfair business practices. The Digital Markets Act will rule out these practices, sending a strong signal to all consumers and businesses in the Single Market: rules are set by the co-legislators, not private companies!”

Committee Chair Anna Cavazzini (Greens/EFA, DE) added: “Currently, a few large platforms and tech players prevent alternative business models from emerging – including those of small and medium-sized companies. Often, users cannot choose freely between different services. With the Digital Markets Act, the EU is putting an end to the absolute market dominance of big online platforms in the EU”.

MEPs also tweaked the Commission’s proposal to increase the quantitative thresholds for a company to fall under the scope of the DMA to €8 billion in annual turnover in the European Economic Area (EEA) and a market capitalisation of €80 billion.

To qualify as a gatekeeper, companies would also need to provide a core platform service in at least three EU countries and have at least 45 million monthly end users, as well as more than 10 000 business users (MEPs clarified in an annex how these indicators should be measured). These thresholds do not prevent the Commission itself from designating other companies as gatekeepers when they meet certain conditions.

Gatekeepers will have to refrain from imposing unfair conditions on businesses and consumers. MEPs included additional requirements on the use of data for targeted or micro-targeted advertising and the interoperability of services, e.g. number-independent interpersonal communication services and social network services.

The text says that a gatekeeper shall, “for its own commercial purposes, and the placement of third-party advertising in its own services, refrain from combining personal data for the purpose of delivering targeted or micro-targeted advertising”, except if there is a “clear, explicit, renewed, informed consent”, in line with the General Data Protection Regulation. In particular, personal data of minors shall not be processed for commercial purposes, such as direct marketing, profiling and behaviourally targeted advertising, MEPs stress.

MEPs agreed to empower the Commission to impose “structural or behavioural remedies” where gatekeepers have engaged in systematic non-compliance. The approved text foresees in particular the possibility for the Commission to restrict gatekeepers from making acquisitions in areas relevant to the DMA in order to remedy or prevent further damage to the internal market. Gatekeepers would also be obliged to inform the Commission of any intended concentration.

MEPs propose the creation of a “European High-Level Group of Digital Regulators” to facilitate cooperation and coordination between the Commission and member states in their enforcement decisions. They clarify the role of national competition authorities, while keeping the enforcement of the DMA in the hands of the Commission.

Internal Market Committee MEPs also say that the DMA should ensure adequate arrangements to enable whistleblowers to alert competent authorities to actual or potential infringements of this regulation and to protect them from retaliation.

If a gatekeeper does not comply with the rules, the Commission can impose fines of “not less than 4% and not exceeding 20%” of its total worldwide turnover in the preceding financial year, MEPs specify.

The DMA file is due to be voted on in plenary in December 2021. The approved text will then become Parliament’s mandate for negotiations with EU governments, planned to start under the French presidency of the Council in the first semester of 2022. The Digital Services Act (DSA) – a parallel proposal to regulate online platforms, dealing with, among other issues, illegal content and algorithms – will be voted on by the committee at a future meeting.