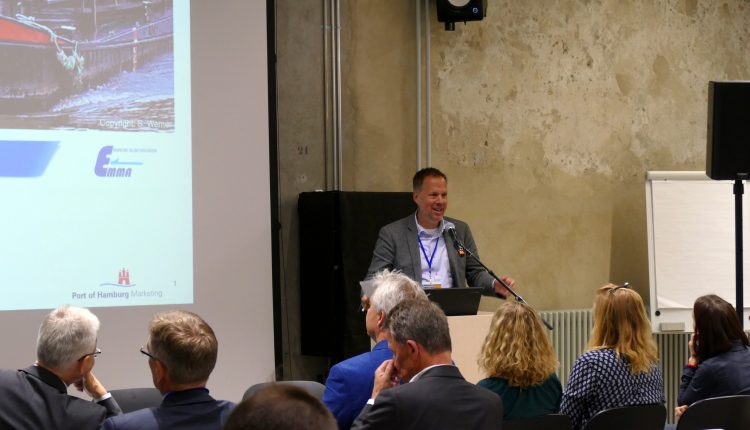 Development of transport corridors ensures smart and innovative cross-border transport and logistics services on the core transport network of the Baltic Sea Region.

The ways to develop the smart North Sea–Baltic, Baltic–Adriatic and Scandinavian–Mediterranean Core Network Corridors in the new Multiannual Financial Framework 2021-2027 were discussed in Tallinn earlier this week. The seminar “Delivering Smart and Innovative Strategic Transport Projects: post-2020 perspective” was organized as a part of the 9th Annual Forum of the EU Strategy for the Baltic Sea Region (EUSBSR). The seminar was hosted jointly with the Ministry of Transport and Communications of the Republic of Lithuania and Mr. Algirdas Šakalys, Coordinator of the Transport Policy Area of the EUSBSR, as well as the EUSBSR Flagship project EMMA, which aims at enhancing inland navigation in the Baltic Sea Region.

The North Sea–Baltic, Baltic–Adriatic and Scandinavian–Mediterranean Corridors provide a policy framework for the implementation of the Trans-European Transport (TEN-T) network in the area. A holistic corridor perspective is essential to develop and execute smooth transport, particularly when it comes to inland waterway transport. Inland shipping is often border-crossing transport and the weakest stretch of the transport route has considerable effects on the overall competitiveness of inland navigation. TEN-T corridors do not cover all relevant inland waterways in Europe and therefore it is particularly important to ensure the connection between inland waterways in the Baltic Sea Region and TEN-T.

Project EMMA has identified several measures that would help to lift IWT potential in the region. These include for instance harmonized national rules and regulations, a clear strategy for the uptake of alternative fuel technology, a clear Intelligent Transport Systems (ITS) strategy based on RIS and VTS services, and investments to strengthen and modernize infrastructure both on shore and on board. In addition, the establishment of European Inland Waterway Transport Knowledge Platform would combine knowledge and experience and share it within the sector.