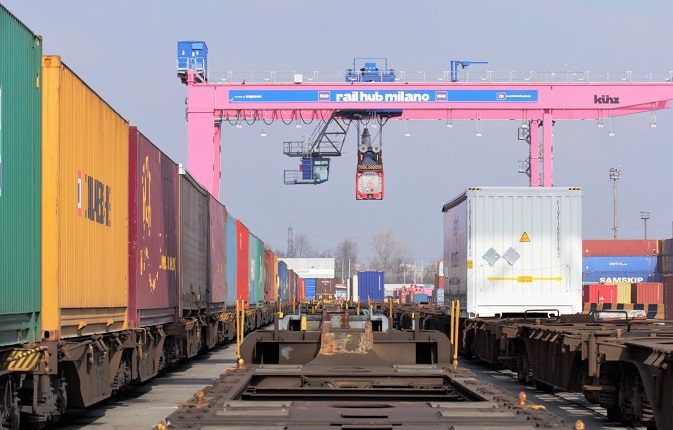 A new rail journey began two days ago when the first ever regular westbound train to directly link China with Italy leaves the Chinese city of Chengdu Saturday April 26, 2019 in the morning.

It is due to arrive at Contship Italia’s Rail Hub Milano (RHM) terminal in 18 days’ time.

The train service is planned to be the first ever regular rail connection linking Italy to China and is operated by Far East Land Bridge Company (FELB) – initially operating on every second week, and weekly in the near future.

It is heading to Melzo Rail Hub, Contship’s rail terminal situated in the East of Milan, carrying 40 containers, with a transit time of just over two weeks.

It will travel more than 10,000km, crossing m eight countries on its journey, including Kazakhstan, Russia, Belarus, Poland and Austria, before reaching Italy.

Due to the difference between European/Chinese and Russian rail gauges, the train will undergo two technical transfers; one on the boundary between Alashankou/Dostyk, and one in Brest/Malaszewicze.

The expected date of arrival is on the 12th of February and 40% of the incoming volumes are expected to be processed and relaunched through Contship Hannibal’s rail network. The eastbound Melzo-Chengdu trip is planned on Week 7, covering the same routing with the same number of containers.

For future departures, the service can also be used for cargo headed to France and Switzerland, as Hannibal will offer to FELB and its other clients, the Melzo-Frenkendorf and Melzo-Lyon rail links, creating with FELB an efficient corridor between China and South Europe.

To know more about the Melzo-Chengdu connection, you can read on the launch of the service here.