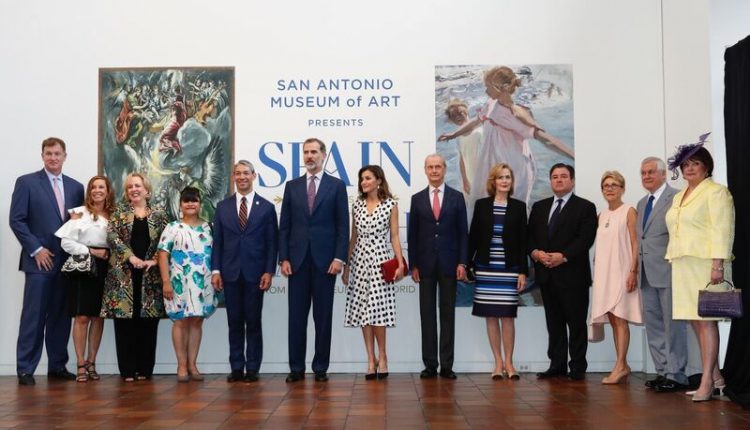 American Airlines Cargo proudly transported priceless Spanish art from locations around the globe to San Antonio for the city’s tricentennial celebration. The works by El Greco, Velazquez, Goya, Picasso and other masters will be displayed at the San Antonio Museum of Art exhibition, “Spain: 500 Years of Spanish Painting from the Museums of Madrid,” from June 23 to Sept. 16. American Airlines Cargo is an official sponsor.

The exhibition will include more than 40 masterpieces from eight different collections, including the Prado Museum, the Thyssen-Bornemisza Museum and the Reina Sofia Museum in Madrid.

Transporting these unique pieces of art, many of which have never before been shown in the United States, required a special level of care. The paintings are not only extremely valuable, they are also priceless as cultural artifacts. The team at American Airlines Cargo knew the masterpieces needed a high level of security and careful handling.

American Airlines team members partnered with freight forwarding specialists in four countries to ensure the paintings were handled with great care. The transferring required a significant amount of time, effort and coordination.

Due to the value of the artwork, security officials were involved at every stage of the transport, including loading and unloading, packaging and processing through Customs. Representatives from American Airlines oversaw this process to ensure that the paintings were never out of sight and always accompanied by a museum representative. In the end, the conveyance was seamless and the works of art arrived at their destination safely and on time.

“These works of art are incredibly important to the city of San Antonio as they celebrate their tricentennial,” said Sandy Scott, director of Europe and Asia Cargo Operations for American Airlines. “Of course, safely and securely transporting priceless Picasso and El Greco works across the globe is no easy task. This project required our team members to work together in a creative way while also partnering seamlessly with multiple outside companies in four different countries. While it was a huge undertaking, I’m proud that it was a success thanks to our teams’ dedication to protecting their cargo — no matter what it is — and ensuring a safe and timely delivery.”

San Antonio’s tricentennial celebrates the founding of the city in 1718 by Spanish Franciscan missionaries and includes events throughout the year.