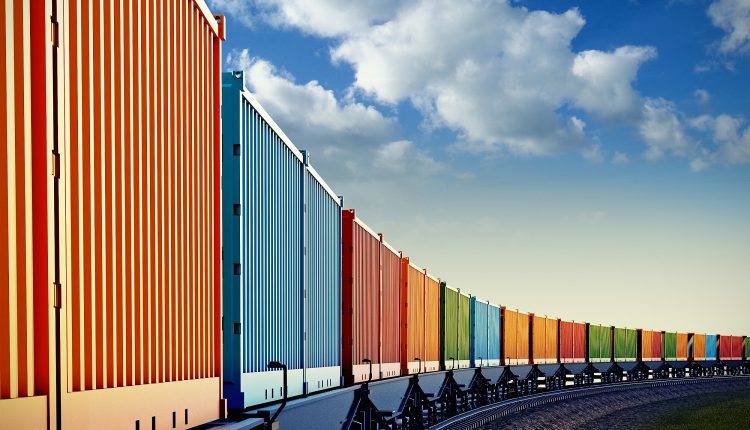 China’s mega-project New Silk Road has shaken up the logistics world with an investment volume of approx. one trillion euros. Although there are uncertainties about how European companies can contribute to and benefit from the One Belt, One Road (OBOR) initiative, there are opportunities to participate in development with the right strategy.

China aims to revive the ancient Silk Road with the mega-project “One Belt, One Road”. The initiative aims to help transport goods by road, rail and ship between Asia, Africa and Europe, thereby promoting economic cooperation between the Eurasian countries and improving intercontinental trade and infrastructure networks. In addition, the Middle Kingdom plans to conclude free trade agreements, establish special economic zones and implement simplified customs clearance processes. The logistics and transport industry in Europe in particular can benefit significantly from this.

For example, Deutsche Bahn expects to significantly increase its goods transport by land. The company estimated that there were approx. 90,000 container movements distributed over more than 3,600 trains between China and Europe in 2018. It estimates that this number will be 100,000 containers in 2020. The logistics service provider Rhenus provides door-to-door transport both in Asia and in Europe via an international network. “We have responded to an increasing demand for alternative routes with projects for road and rail transport with the help of our own locations. Expertise on site is essential for the safe, fast and efficient transport of the goods,” Tobias Bartz, CEO of Rhenus, stated. One thing is clear: the New Silk Road will significantly increase the number of goods transported between China and Europe. “At the same time, it presents companies with major challenges, especially due to geographical, cultural and economic differences. transport logistic provides a platform to exchange and network internationally,” Gerhard Gerritzen explained, Member of the Executive Board of Messe München GmbH.

Where there are opportunities, there are also risks

The Chinese government stresses that its initiative is about peace, integration and security. At the same time, China wants to strengthen its political influence and open up new sales markets. In practice, it is difficult for foreign companies to compete against Chinese competition or to find out about tenders in good time. Most of the projects are awarded to Chinese companies According to a survey conducted by the German Chamber of Commerce in 2017, two thirds of all German companies surveyed in China doubt whether their investments in the New Silk Road will have a positive impact on their business at all. However, approx. 30 percent of German companies operating in China are involved in OBOR or at least are considering participation. It is definitely the right step to make suitable business contacts early in China and third markets.

Pakistan as a model example

With all due caution, the Silk Road is already showing positive effects. Andreas Breinbauer, Vice Chancellor of the University of Applied Sciences of the Vocational Promotion Institute BFI Vienna and Department Head of the Logistics and Transport Management study major, pointed out Pakistan: Up to now, US $60 billion has been invested there, and most of the projects have been completed. As a result, Pakistan’s GDP growth increased from 3.5 percent to 6 percent between 2013 and 2017 according to Chinese data. However, it is also clear that China is pursuing geopolitical interests in the region and in particular with regard to India.

On the other hand, 70 percent of the Silk Road countries have a GDP/per capita income that is below the global average according to Mr. Breinbauer. There is a high demand for infrastructure investment between Europe and China, which cannot be met without China. A functioning infrastructure is in turn the basis for industrialization and further economic recovery. “Consequently, Chinese policymakers see the opportunity in this region to build regional value chains that benefit all participating countries,” Mr. Breinbauer explained. Chinese investments in crisis countries can also stabilize the region, i.e.” generate a kind of “peace return”. “Multilateral and above all Chinese investments in infrastructure and logistics should also benefit European companies”.