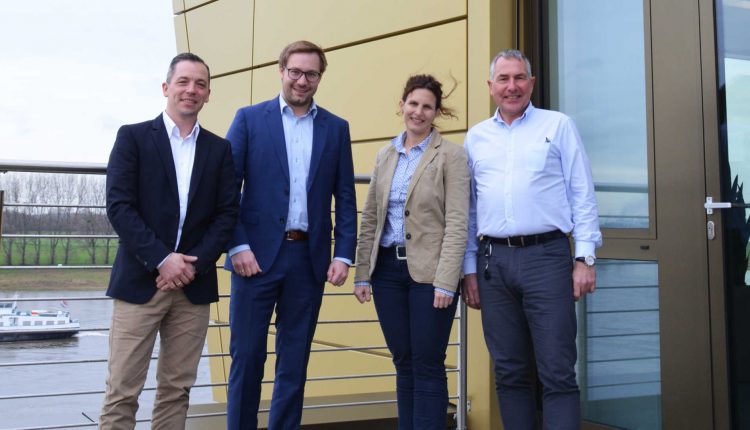 Chemicals company Oxea GmbH has offset a total of 266 tonnes of CO2, in respect of its 60-strong management car fleet in Germany, in the first year of a ground-breaking CO2 compensation programme devised and commissioned by its vehicle fleet management company, Imperial Logistics.

The achievement has been recognised with the presentation of an accreditation by scheme administrator myclimate, which was appointed by Imperial Logistics. myclimate provides clients with a wide choice of environmental and sustainability programmes, which they can support through the purchase of CO2 certificates.

Oxea and Imperial Logistics chose to fund the manufacture and distribution of affordable, climate-friendly solar- and conventional cookers in Madagascar. These reduce CO2 emissions resulting from the use of non-renewable biomass, while saving money for users, and countering the rapid deforestation of recent years. The programme is an ongoing initiative of Swiss-Madagascan organization ADES (Association pour le Développement de l’Energy Solaire). 164,000 solar- and efficient cooking stoves have already been produced and sold.

The programme also supports reforestation by planting two trees for every cooker sold, and educates the country’s school pupils about environmental protection including climate-friendly cooking methods.

Imperial Logistics took over car fleet management for Oxea in 2013 – handling the supply of its leased vehicles, their maintenance and repair, fuel card management, claims management and driving licence checking, and providing consultancy on car fleet operating policy. Oxea and Imperial Logistics have since been collaborating on a number of measures to optimise the fleet and reduce its CO2 emissions.

The vehicle fleet CO2 compensation scheme was the brainchild of Imperial Logistics Head of Fleet Management, Michael Hohn, supported by the company’s Senior Specialist  Sustainability & Energy, Thomas Schmidt. Explains Hohn: “We raised this topic with our client Oxea in late 2017, because of the diesel discussion going on in Germany. Oxea asked us to help them optimize their fleet to further reduce its environmental impact”.

Oxea has enrolled all its drivers in the CO2 compensation scheme, and pays the cost of participation. Continues Hohn: “With an average of 30,000 km driven each year at a consumption of 6.5L per 100 km, compensation costs around 3.2% of the annual fuel costs.” Thomas Schmidt adds: “An important goal is to increase the awareness of the car users and make the impact of their actions visible and measurable”.

The compensation scheme is a further step towards Oxea and Imperial Logistics’ joint goal of operating a zero emissions fleet; Imperial Logistics has recently placed its first order for electric vehicles for Oxea.

Imperial Logistics plans to roll out its Carbon Compensation Scheme to other fleet management clients in due course, as part of its ongoing campaign to reduce CO2. Concludes Hohn: “For most fleet operators, an immediate and total change of fleet away from fossil fuels to alternative propulsion is not possible. CO2 compensation therefore provides a simple and effective step for any fleet operator who wants to work towards climate-neutral vehicle operation”.