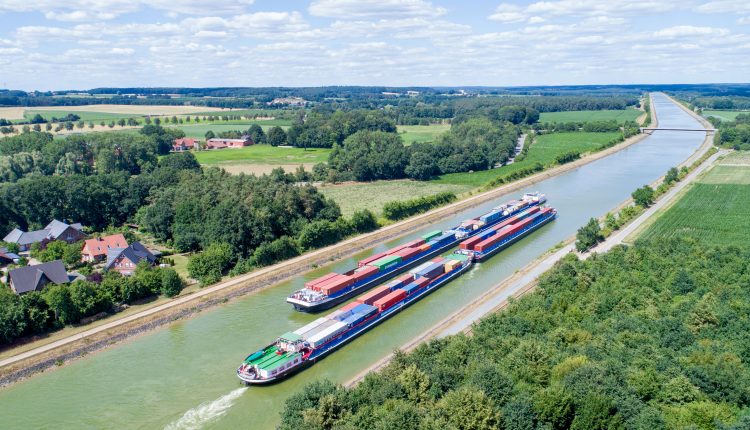 The Port of Hamburg is not only the largest seaport in Germany – it is also the second-largest inland port. Around 10,000 inland waterway vessels call each year the handling facilities of the Elbe metropolis. The Hamburg Vessel Coordination Center (HVCC) is now developing a digital platform specifically for inland waterway vessels that will allow ship calls to be coordinated centrally in the future. This marks another step towards more efficient digitised processes in the Port of Hamburg. The concept will first be presented to a wider audience today, 8 May, in connection with the celebrations for the 10th anniversary of the HVCC.

For ten years, the HVCC has served as a central, neutral and cross company coordination point, optimising ship traffic coming in and out of the Port of Hamburg. Originally, the two partners – Hamburger Hafen und Logistik AG and Eurogate Container Terminal Hamburg GmbH – founded the Feeder Logistics Center (FLC) in 2009 to more efficiently coordinate feeder ships. This institution would later begin to handle inland waterway vessels too. Subsequently, mega-ship coordination was expanded through the Nautical Terminal Coordination (NTC) department in close cooperation with the Hamburg Port Authority (HPA). Since 2015, the joint venture has been named the Hamburg Vessel Coordination Center. HVCC’s job is to exchange data and to continuously improve the port system as a whole with as many parties involved as possible. And this has been successful, with almost all shipping companies with mega-ships making use of NTC’s services, while the FLC coordinates the rotation of over 4,000 incoming feeder and inland waterway ships at the Port of Hamburg.

“The new platform will make it possible to digitise and enhance the transparency of the planning of inland waterway vessel arrivals in Hamburg, the coordination of rotations within the port, the assignment of berths and terminal handling,” says Managing Director of HVCC Gerald Hirt. The platform creates a network between inland shipping companies, ship operators, terminals and public authorities and ensures that data is exchanged smoothly between all parties involved. Alongside HVCC client BCF Börde Container Feeder GmbH, other partners involved in the project are Deutsche Binnenreederei AG, Carl Robert Eckelmann GmbH and Walter Lauk Ewerführerei GmbH.

Currently, each shipping company handles the advance planning of its ships independently of the others, meaning that a high degree of bilateral coordination between the parties is required. One of the main objectives of centralised inland ship coordination by the HVCC is to eliminate inefficiency along the transport chain, increase the transparency of planning data and consequently improve the reliability of processing – for all involved.

BCF Managing Director Hergen Hanke welcomes the continued development of the HVCC services: “We have been a partner of the HVCC for three years, and we expect to see further optimisation of port rotations and minimisation of port waiting times from the inland shipping platform,” he said. Improved predictability of ship calls and optimised use of terminal infrastructure capacity are critical for the terminals.

Overall, the aim is to enhance inland shipping’s position as an effective and environmentally friendly mode of transport and to make use of its great potential as a key pillar of hinterland traffic. Hamburg’s Senator for Economic Affairs Michael Westhagemann: “An institution like the HVCC is unique in Europe. It has evolved to become an established player in the maritime world and is a best-practice example of digitalisation in action in the Port of Hamburg. The development of a coordination platform for inland shipping will further boost the competitiveness of this sustainable transport mode. As a port city, Hamburg can only benefit from this.”

The development of the new inland shipping platform by DAKOSY Datenkommunikationssystem AG is receiving financial support from the Hamburg Ministry for the Economy, Transport and Innovation. A pilot system is expected to enter a test phase in the third quarter of 2019. It is set to be put into full operation at the start of 2020.